Get Out of the Way of Play! 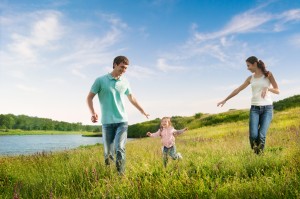 Play supports us to connect with our children more deeply

The Critic is the bossy voice in our head that is trying to be helpful but more often than not succeeds in shutting down our playfulness and creativity by being rigid and controlling.

Mindfulness is the practice of harnessing awareness in the present moment so we can recognize unhelpful, default reactions. Through mindfulness we can interrupt the Critic voice, and challenge it to become a supportive thinker that uses encouragement, rather than criticism, to steer us in helpful directions.

“Mindfulness is at the heart of nurturing relationships” and it helps our children to “fully experience themselves in the moment” (Siegel & Hartzell, 2003, p.7)

As Siegel & Hartzell (2003) explain, “Children learn about themselves by the way we communicate with them”.

Pancake making with my son when he was four years old provided me with a great opportunity to see my inner Critic, and to work on training it to become a supportive thinker who prioritizes connection and play, over cleanliness and order.

The Critic had a hard time letting my son pour the flour because he would inevitably miss the bowl. Letting my son crack eggs by himself was also hard for the Critic who is a hard core perfectionist, and can’t bear the thought of egg shells in the batter.

When I’m under the sway of the Critic, being rigid and controlling can get in the way of opportunities for my children to express curiousity and creativity.

With its tendency to manipulate the moment so as to avoid uncomfortable experiences, and pursue maximum gain, the Critic is the opposite of playful.

In order to be playful we need to let go of ulterior motives, time constraints, and self consciousness. “Because play is all about trying on new behaviors and thoughts, it frees us from established patterns” (Brown, p.92).

I recognize that being a good parent means speaking my children’s language, and their language is one of play.

From the beginning, play is the cornerstone of a loving and secure attachment between parent and child. Peek-a-boo, silly sounds, songs, facial expressions, movements, and objects are the tools to inspire and share delight with our children.

As a therapist, I often work with adults who when they were children had parents who spent more time critiquing them than playing with them. As adults they struggle to free themselves from the grip of an overdeveloped Critic. Messages such as “You are not enough”, “You’re not allowed to make a mistake”, and “You’ll never be ok”, turn into personal struggles with anxiety and depression.

Our beliefs about ourselves have an insiduous way of influencing the way we parent. The Critic is the inner voice that can seriously undermine our quality of life. Through mindfulness we can become aware of the Critic, and cultivate a more compassionate inner dialogue that inevitably shapes the way we communicate with our children. As the Critic becomes a more supportive thinker, we can revive our innate sense of play, and connect with our children more deeply, and in a way that grows a healthy sense of self.

Brown, Stuart (2009). Play: How It Shapes the Brain, Opens the Imagination, and Invigorates the Soul. Penguin Group, New York.

Neufeld, Gordon. & Mate, Gabor (2005). Hold On To Your Kids: Why Parents Need to Matter More Than Peers. Vintage Canada, USA.