Self Care While Loving A Narcissist 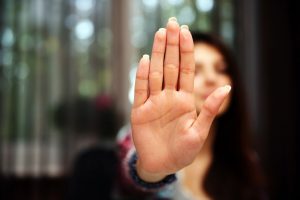 Do you suspect you have a Narcissist or someone with narcissistic traits in your life? Does that person make you feel like your needs and feelings are unacceptable? The Narcissist has an uncanny way of manipulating others in their quest to achieve the perfect image. When dealing with friends or family members who are self absorbed and lack capacity to listen and understand anyone else’s point of view, learning to extricate from self defeating patterns and take care of yourself is critical.

Every time Jared is around his mother, Janina, and her new partner, Al, his chest tightens, his breath becomes shallow, and he feels like running away.

“I’m on such a roller coaster in relation to my mom’s new relationship” Jared says with a pained look on his face.

Before Al came into Janina’s life, Jared and his mom had had a close relationship. They spoke on the phone at least once a week, and enjoyed spending time together, and with Jared’s siblings and children.

Once in a relationship with Al, Janina made it clear that Al had to be present when she and Jared spent time together. Janina was increasingly isolated, and unavailable to spend time with family and friends. Jared noticed other changes in his mom. Before Al, Janina had been warm and affectionate. Now Jared noticed that Janina withdrew from physical closeness with him and his family because Al had expressed disapproval.

In the grip of their intense love, Al and Janina were in control, and the centre of attention at all times. Janina severed contact with anyone who expressed views or feelings that came into conflict with her and Al’s philosophy of life. It felt to Jared and others that there was no “I” left in his mother. What remained was a fusion of Al and Janina, an inflexible “We” intolerant of others needs and concerns.

A united front, Al and Janina held tightly to their highly disciplined life. They believed that they operated at a higher standard, and required distance from others. They made it clear that those who could meet their standard and expectations were welcome by invitation only. Those who had expectations that did not conform with their standard were criticized or expelled from their lives entirely.

When Jared expressed concern about the changes in his mom, Janina accused him of betrayal and abandonment.

“I am so disappointed with you, Jared! You are being so selfish.” she said.

Narcissism exists along a spectrum from healthy to extreme. A person can have narcissistic traits without meeting the full criteria for Narcissistic Personality Disorder. The DSM (Diagnostic Statistical Manual of Mental Disorders) describes Narcissists as individuals who believe they are superior, special or unique. They often believe that they have achieved perfection, and expect others to recognize them as such. They can hold the belief that only those who are special and of high status, and to whom they attribute “unique”, “perfect”, or “gifted” qualities, can understand them.

Narcissists have a resounding sense of entitlement that drives unreasonable expectations of others, and they can become furious when others do not defer to them. They are often oblivious to the feelings and needs of others so they do not notice when they are discussing their own concerns in inappropriate and lengthy detail.

Narcissistic individuals demonstrate emotional coldness and lack of reciprocal interest. A core feature of Narcissistic Personality Disorder is a lack of empathy. Empathy is a felt sense of the other, and the ability to understand someone’s feelings and experience even when you don’t share their point of view.

Narcissism Is Natural In Children

In children, narcissism is a normal state that helps them to express their physical and emotional needs. Ideally children receive adequate love and support, and move beyond narcissism. In the case of deficits in care and attention such as neglect, abuse, or parents with mental health or addiction issues, narcissistic features often persist into adulthood. It is possible for narcissistic tendencies to remain dormant in certain areas of life, such as in a person’s professional life, but become problematic in close relationships.

“We do not grow absolutely, chronologically. We grow sometimes in one dimension, and not in another, unevenly. We grow partially. We are relative. We are mature in one realm, childish in another.” – Anaïs Nin

In healthy narcissism there is balance between receptivity to others, and attention to one’s own needs. Assertiveness, confidence, the capacity to be empathic and engaging with others, motivation to make a difference, and capacity for leadership are all benefits of healthy narcissism. These traits help a person push through obstacles, hold others accountable, and be wisely fearful of “drinking the kool-aid” of too-good-to-be-true people and situations.

Schemas, Splitting & Fragile Self Worth

In her book Disarming the Narcissist, Wendy T. Behary explains Narcissists and non Narcissists alike have “schemas” rooted in painful childhood experiences. A schema is an unconscious belief system that biases our perception and thinking. Schemas can remain dormant and be triggered under certain circumstances. When triggered, the emotional burden has an exaggerated realness that can be intense at times.

Both Janina and Al had experienced developmental traumas that left them with schemas that made them highly sensitive to criticism or defeat. They craved off the charts adoration to fill the void of unmet needs for love, and used splitting to avoid deeply buried feelings of humiliation, insecurity, defectiveness, and emptiness.

“Splitting” is a defense mechanism that makes it very hard for a person to hold both a positive and negative experience of themselves or others. It is an extreme form of black and white thinking in which a person sees themselves or others as either all good, or all bad. Lacking the ability to experience the dichotomy of mixed feelings, such as love combined with anger, drives splitting.

Narcissists build a brick wall around their vulnerability and fragile self esteem. Their impenetrability functions to buttress their fragile self worth which is conditional and based on performance. Janina’s relationship with Al disguised a deeply buried schema of unworthiness, and emotional deprivation rooted in her own unmet attachment needs.

Understandably Jared felt distressed and confused with the changes in his mom. Painful feelings rooted in his abandonment and lack of reliable nurturing activated his underlying schemas. When Jared was a child, Janina had left him and her siblings to pursue personal goals. She had always rationalized that her departure was to help her be a better mother to her children.

Inability to be accountable for hurting others, and chronically rationalizing hurtful behaviour can be a sign of Narcissism or narcissistic traits. Janina’s tendency to take a one up position of advice giving and fixing her children’s problems were signs of “covert Narcissism” which lies on the lesser problematic end of the Narcissism spectrum.

Jared was saddened and angry with his Mom for withdrawing, and for criticizing and blaming him for wanting to maintain an independent relationship with her. He struggled to understand how he could remain connected with his mom when he was prohibited from having his own feelings and thoughts.

“It’s like I have to pretend, and not be true to myself to keep her in my life.” Jared said exasperated.

Jared was so frustrated that he wanted to walk away forever. But he was also really worried that Janina was in an unhealthy relationship, and felt compelled to try to help and protect her. This mental loop felt interminable, and was exhausting. Stuck in this pattern was causing Jared anxiety, interrupted sleep, and difficulty caring for himself and others.

In therapy, Jared realized that the maelstrom of conflicting thoughts and feelings keeping him up at night was sheltering a deep grief for the loss of closeness with his Mom. The original loss happened when he was 5 years old. He realized that his pattern of self reliance to a fault, and his habit of overfunctioning and then getting burned out at work and in his relationships, originated in his relationship with his mom. Because Janina had seen Jared’s emotional needs as a burden, Jared had learned to bury those needs, and just work harder.

In the presence of a calm, compassionate ally Jared was able to connect with his internal foundation, and be true to himself.

Grounded within himself, he faced old and new feelings of love, as well as rage toward his Mom with equanimity. He could love and cherish the meaningful ways his mom had been there for him. He could also feel anger with her for how she’d failed him – first when he was a kid, and now again in his adult life. In therapy Jared realized that Janina’s lack of remorse, and inability to acknowledge how she let him down didn’t have to stop him from healing those childhood wounds.

Having a loving relationship with a Narcissist and being true to yourself can feel like walking a tightrope. It’s important to remember that beyond the narcissist’s fortress of perfection, are deeply buried childhood wounds that drive unreasonable needs for attention and control. In a relationship where narcissist traits abound, unconscious schemas can get activated. It’s important to get emotional support so that underlying schemas don’t sabotauge your health and wellbeing. You CAN cultivate self care and healthy boundaries as you navigate this perilous relationship.